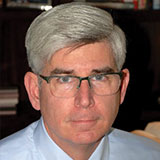 Dr. James Gill is the Chief Medical Examiner of Connecticut and a Clinical Associate Professor in the Department of Pathology at Yale. He is a graduate of M.I.T. and the University of Connecticut School of Medicine. He completed his pathology training at Yale and Memorial Sloan-Kettering Cancer Center, and his forensic pathology fellowship at the New York City Office of Chief Medical Examiner. Prior to Connecticut, Dr. Gill was Deputy Chief Medical Examiner for Bronx County, New York City. He has testified over 400 times as an expert in forensic pathology. Dr. Gill serves on the editorial boards of the Journal of Forensic Sciences, Academic Forensic Pathology, and Forensic Science, Medicine, and Pathology. He has published over 100 scientific articles and book chapters on a variety of forensic pathology and toxicology topics.

Presentation: The Opioid Crisis in Connecticut

The lecture will review data from a variety of sources documenting trends and patterns in the evolution of the opioid crisis and its consequences for Connecticut’s population. Accidental drug intoxication deaths in Connecticut, the role of the medical examiner in death investigations with particular emphasis on opioid deaths, will be explained. It will include data on how the opioid crisis is changing in Connecticut.

The lecture will review the role of the medical examiner in death investigation with particular emphasis on opioid deaths. It will include data on how the opioid crisis is changing in Connecticut.

← Back to all speakers